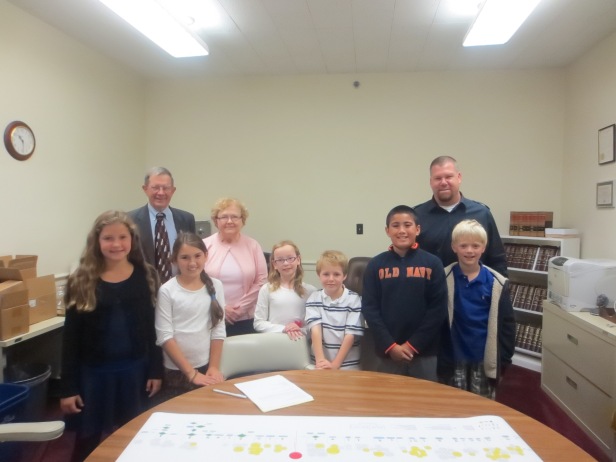 [image of Rep. Dave Borden, select members of the 4th grade class working on the State Fossil proposal and Thom Smith, their teacher when they were in the 3rd grade, courtesy of Thom Smith]

Below is the initial Q&A I exchanged with Thom Smith (the students’ former teacher when they were in the 3rd grade); Lauren Simpson (the teacher of one of two 4th grade classes at Kearsarge Regional Elementary School) and the students.

All answers were given as “Ms. Simpson’s 4th grade class.”

1. Why do you want a state fossil in NH?

2.  What have you learned about fossils in your class? 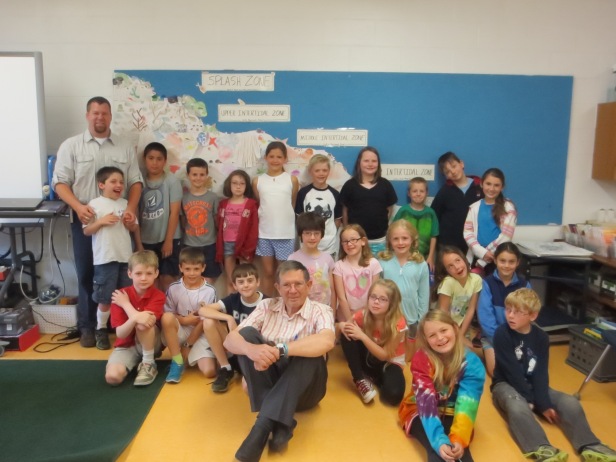 We know the Earth does not look like it did back when mastodons roamed the Earth.  The White Mountains were probably really tall back then, because the mountains hadn’t eroded as much.  Mount Sunapee was probably taller back then, too. 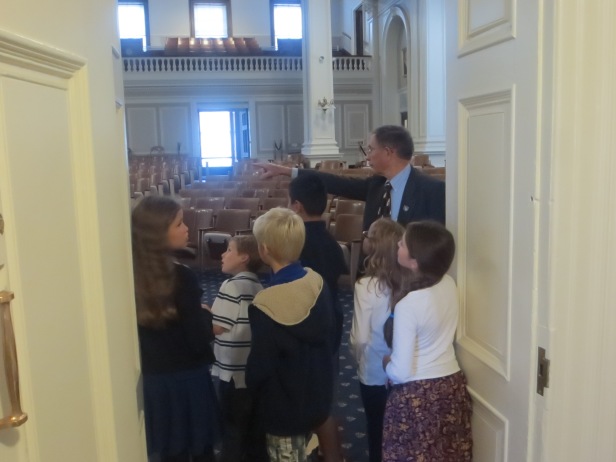 [some of the students getting a tour of the NH State House by Rep. Borden, image courtesy of Thom Smith]

4. Do you think you’d ever want to work with fossils? Discovering them or excavating them as paleontologists?

5.  What do you think about the process of making a mastodon the state fossil? Has it been hard?  Or has it been fun? 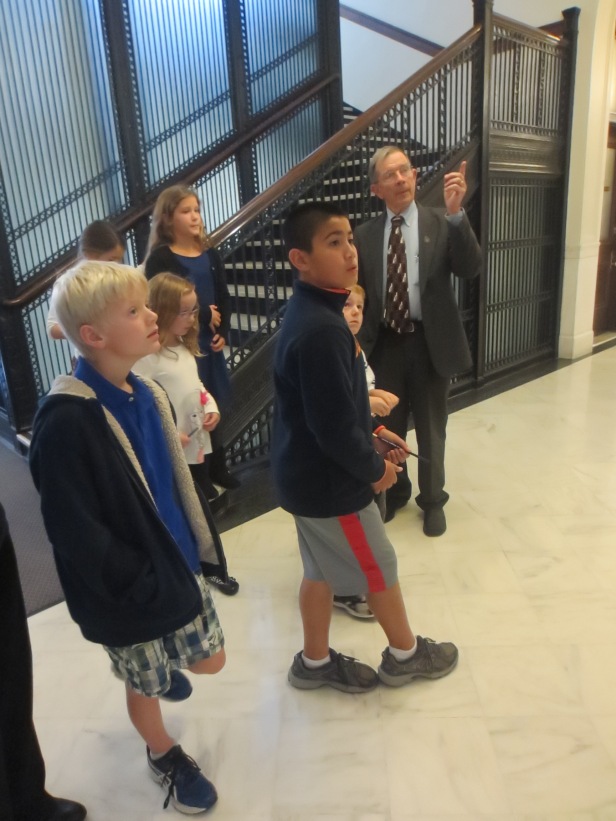 6.  Is there anything that I haven’t asked that you would want people to know about on the blog?

This is the first half of posts on the NH State Fossil. Up next, comments from some of the legislators themselves.

A Mammut americanum-sized THANK YOU to Thom Smith, Lauren Simpson and all of the remarkable students who worked so hard toward a State Fossil!  I remain impressed and inspired by all of them.

A Mammut americanum-sized THANK YOU to Representative Dave Borden who supported the class and its initiative from the very beginning.  An equally large THANK YOU to the two other sponsors of the bill: Rep. Nancy Stiles and Rep. Tom Sherman!

A Mammut americanum-sized THANK YOU to Will Clyde and Wallace Bothner at UNH and Gary Johnson at Dartmouth!

A Mammut americanum-sized THANK YOU to my friend, Gary Andy, who informed me of their work as it developed!

Thank you so very much to Allie Morris of the Concord Monitor for being the first to do a story about this process!

Thank you, Brady Carlson of NHPR and Dave Brooks of the Telegraph, for continuing to highlight this story!