I envy the future.

Every time I read a dinosaur book—whether a kids’ book with my nieces and nephews or otherwise—I am reminded just how much we’ve learned since I was young. It is staggering, the amount of information available to dinosaur enthusiasts. Whether it is in the number of new species discovered each year, the unbelievable details paleontologists glean (from teeth alone!), or the new technology that helps scientists unravel the once unknowable.

If this is what we know now, and in the relatively brief time since paleontology was first established, what are we going to know fifty years from now? A century? A millennium?

I think about the future almost as much as I marvel at the past. Assuming our knowledge base only increases, the future of paleontology promises to reveal what can only be—at this point in time—imagined.

Which is why when I learned of the Maiasaura Life History Project, I had to know more.

Dr. Holly Woodward Ballard wants to flesh out one particular species of dinosaur such that we know it almost as intimately as living animals today.  That species is a type of hadrosaur, an extinct herbivore from the late Cretaceous. Thanks to almost 40 years of excavation in Montana, we have thousands of its fossils from which to extract information and this, according to Dr. Woodward Ballard, is to be her life’s work. 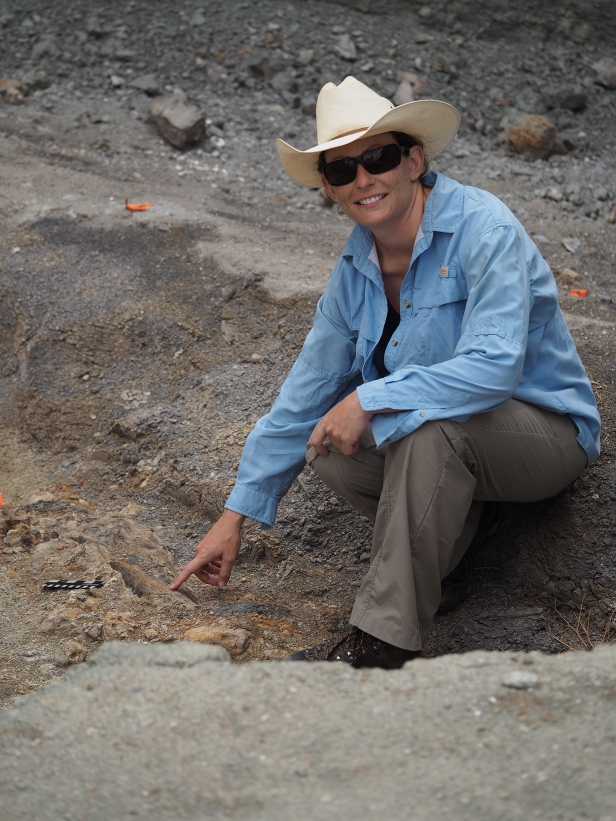 Maiasaura peeblesorum was inadvertently discovered in the late 1970s, both by the people who initially found the bones and by the paleontologists who eventually described them.  “Inadvertently” because Marion and John Brandvold, the people who found the bones, didn’t know what they’d found, and because Dr. Jack Horner and Bob Makela—who had done extensive research prior to their expedition—did not expect to find the object of their search in a local fossil shop they visited on a whim.

The 1988 book “Digging Dinosaurs” by Jack Horner and James Gorman describes this discovery. In it, there is a fascinating anecdote: Prior to 1978—the year Maiasaura peeblesorum was found—they say that the number of adult fossils found globally could be listed in a volume the size of a book. The number of juvenile fossils could be listed in something the size of a pamphlet.  But the number of known baby fossils could fit on an index card.

All of that changed thanks to Dr. Horner and Bob Makela. The Brandvold bones gave them specific clues about where to look and what to look for.  Their subsequent excavations revealed not only numerous baby dinosaurs, but actual nests. These significant discoveries prompted the following revolutionary ideas: that some dinosaurs may have cared for their young and that they may have been warm-blooded. The latter hypothesis continues to be debated today.

Paleontologists have been digging in the area ever since.  Their efforts have produced one of the few species of dinosaur to be so well represented in the fossil record, a fact that inspired Dr. Woodward Ballard in her research at Montana State University. 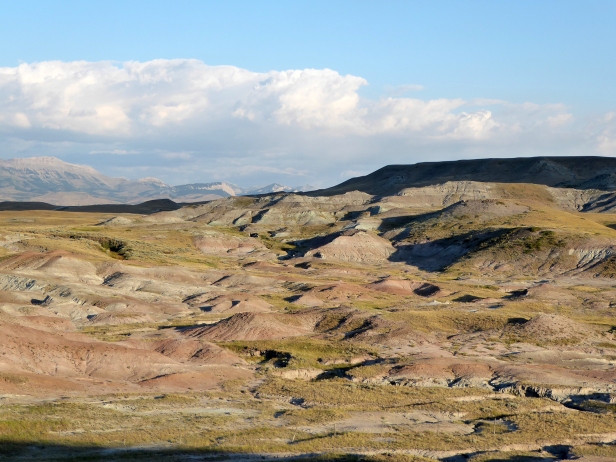 Jack Horner, her PhD advisor, proposed the idea that she focus on population histology—revealing the growth history of a specific dinosaur species.  Given her interest in osteohistology and the wealth of Maiasaura fossils, this seemed a perfect fit.  Her dissertation was but a prelude to the work that followed.

This past October, Dr. Woodward Ballard, now of Oklahoma State University, Dr. Liz Freedman Fowler and Dr. Jack Horner of Montana State University and Dr. Jim Farlow of Indiana Purdue University published a paper in Paleobiology on the growth and survivorship rates of Maiasaura peeblesorum.  The paper was unique in that, unlike most dinosaur species, they had 50 bones with which to analyze and sample.

Bone microstructure, much like trees or proboscidean tusks, records the growth of an animal in rings. In this case, Dr. Woodward Ballard was able to identify the “lines of arrested growth” (or “LAGs” for short).

“A LAG,”she explained by phone, “represents a period of missing time.” 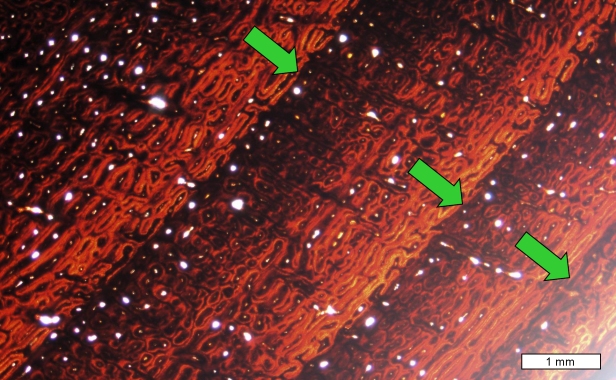 The paper is a fascinating glimpse into the depth of detective work paleontologists must do in order to understand long extinct species. Comparing bone growth in extant reptiles and mammals to these fossil bones, using complicated statistical models, and analyzing bone structure under the microscope, the authors offer an extraordinary view into the life of Maiasaura.  It is, to date, the largest sample set of a single dinosaur species analyzed to such a degree.

Fifty Maiasaura tibiae from three Montana bonebeds provided the details. This specific leg bone was chosen for analysis because it displays histology so clearly.  The same is not true, for example, of a hadrosaur femur.

“The femur,” Dr. Woodward Ballard said, “is special in all hadrosaurs, [not just] Maiasaura. It has this big flange coming off of it, and it’s this spur bone that a fairly large tail muscle was attached to.”

“Because bone responds to stress and remodels based on the stress that’s applied to it, this flange of bone is always changing and getting larger as the [animal grows.] The remodeling that occurs within [this] bone overprints–or erases–the original signal that was there. So it’s very hard to get at that same record of growth in the femur because it’s constantly being erased in that particular area.”

One of the things they discovered through lines of arrested growth (LAGs) was that most of the tibiae in this study belonged to Maiasaura younger than a year old.

But deciphering this required understanding bone growth in living species.

“We have to use modern animals and use what we see in their bones as a basis for what we say in the fossil record,” she replied when asked about this. “We have to assume that the same processes today were working back in the Cretaceous (in this case).”

So they looked to previously published alligator studies and those of the red deer on the Isle of Rum, Scotland—one of the most extensively studied mammals anywhere in the world.

Acknowledging that these inferences should be treated with some caution, they note similarities in tibia bone growth between alligators and Maiasaura. Growth marks within the bone and lines of arrested growth (LAGs) are similar in red deer and this species of dinosaur.

“When the growth is being kept track of from year-to-year, we find that one LAG appears every year for every year of growth,” she explained.

Hence, if there are no LAGs in the bone, it indicates that the animal was less than a year. And the high mortality rate among such young animals—considerably smaller than their enormous parents and therefore not as able, perhaps, to aptly defend themselves—is not necessarily surprising.  The paper also calculates survivorship rates among Maiasaura, enabling us to know how old the dinosaur was at sexual maturity, how long it tended to live, the age at which it was at higher risk for mortality among its species.

“Once I compiled the data from Maiasaura,” she said, “got all the bone measurements, got all the LAG circumference measurements within the bones—I realized that I wanted this paper to be more than just quantitative and simple growth curve graphs. I mean, I could do that much, but I really wanted it to be statistically strong, very robust, something that followed the rules put forth by other papers, such as the Steinsaltz and Orzack paper. [Dr. Liz Freedman Fowler] was just a natural choice to have to help me figure out what to do with all this data.”

In Part 2: more detail about the Maiasaura peeblesorum survivorship curves, as well as applying complicated statistical methods to paleontological data.

An enormous and sincere thank you to Dr. Holly Woodward Ballard for her generosity: her time, her patience, her willingness to go over points I had difficulty understanding and for the beautiful pictures accompanying this post!

Treasured copy of “Digging Dinosaurs”, the book that details the discovery of Maiasaura peeblesorum and its nests, signed by Jack Horner at the Boston Museum of Science when the author of this blog met him in 2013